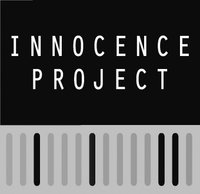 In 2014, at least 125 convicts were exonerated, a significant uptick from previous years.

Over at Slate, Mark Joseph Stern reports that the National Organization for Marriage is refusing to release its IRS Form 990 to a Human Rights Campaign employee, who has unsuccessfully knocked on its door and left an official request under its door several times. As a result, Stern asserts that NOM is “blatantly violat[ing] federal law” and that it appears that “NOM is intentionally neglecting to comply with federal law.”

He may be right, but it’s not completely clear.

On Wednesday, Jeb Bush announced his plan for overhauling the US federeal income tax. It’s a mixture of innovative ideas, standard GOP tropes, and wishful thinking, but it’s also the most concrete plan that any of the presidential candidates have put forward. I’m not going to spend a ton of ink on the specifics—I don’t think I can say much more in that respect than the Tax Policy Center did[fn1]—but I want to address a couple things in his proposal.

First, Bush argues that, “[a]t 80,000 pages, it’s a tax code only an army of tax accountants and lobbyists could love—because they’ve written it.” And he’s absolutely right—an 80,000-page law would be totally and completely unwieldy.